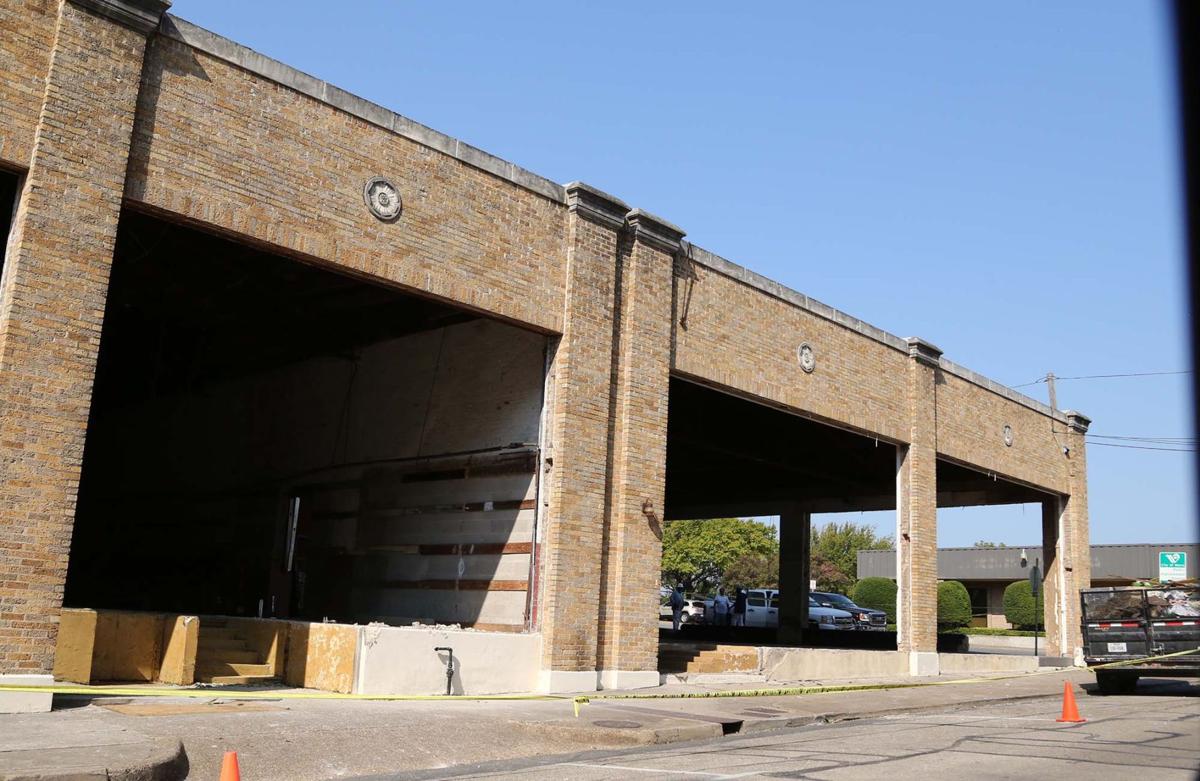 It has signed a lease securing 5,000 square feet on the 20,000-square-foot building’s first floor, becoming the first tenant in the Columbus Professional Building development launched by developer Marshall Stewman, with Deluge Holdings.

That’s in addition to finish-out work on the space provided by Stewman.

“We will have capacity for more than 100 gamers, and we will have a snack bar,” Dickman said.

He predicts an opening in December or January.

Dickman also owns Waco Escape Rooms, which is about a block away, at 711 Washington Ave.

Stewman’s crews have started gutting the aging building a stone’s throw from the McLennan County Courthouse, with designs on transforming its 20,000 square feet spread over two stories into a downtown destination. Besides signing Nexus Gaming, he plans to provide shared office space and has received inquiries from a prospect who envisions a live theater.

“We do have a building permit and hope to be done with the exterior shell in November or December,” Stewman said.

Including the cost of the building, which Stewman bought from Hoppenstein Properties, he is investing about $2 million to convert an old and mostly forgotten brick-and-stone structure with “good architectural bones” into a unique locale featuring entertainment and networking.

“My ultimate vision is for this to become a place people want to come to on Monday morning to find co-working space. I could see everybody from freelance marketers and web designers to start-up entrepreneurs meeting here,” Stewman said. “The collaboration should be pretty neat.”

The building decades ago served as a Studebaker car dealership, later becoming a law office and headquarters for the McLennan County Appraisal District. It went vacant in 2006, Stewman said.

“But that was before I popped up a few ceiling tiles, saw the neat architecture, the openness of the place and the high ceilings,” he said. “I thought then we might give it an elegant industrial look.”

He is removing the stucco facade and replacing it with large windows and glass doors, shaded by an awning. He already has secured a $534,000 commitment from the Tax Increment Financing Zone board, the money going in part to light and landscape the area near the building.

“I’m excited to hear about the entertainment options they are considering,” Henderson said. “I know downtown supporters have encouraged incentivizing more of that. Certainly loft apartments and offices are important, but to fulfill its purpose as a place where people gather and have experiences, we really need more entertainment. We have great restaurants, but we need more. We have entertainment. We need more.”

“This is becoming huge, all part of esports, and the people put on big competitions and tournaments involving video games,” Stewman said.

Nexus Gaming’s primary owner David Hulegaard has promoted the venture for more than 10 years and has hosted public and private local area network parties for 20 years, according to the company’s Facebook page.

“The mission of this business is to create a fun and safe environment for people to play computer and console games, while promoting respect and education,” the page states.

“Of primary interest to us is to create a unique gaming experience and to utilize as many green technologies as we can,” the site says, adding, “Another area of interest to us is to offer a wholesome, challenging, fair gaming social environment,” and to chance the perception by some that gamers engage in disrespectful and anti-social behavior.

“We have another 7,000 square feet of contiguous space, and we’re in talks with a group that wants to bring a theater, a show, to downtown Waco. We have not signed a lease, but they are very interested,” Stewman said. “This would not necessarily be like Waco Civic Theatre, but actors would come in and put on a show, giving tourists and visitors something to do. It would add some character to downtown.”